Why is Museum Attendance Declining?

Since museums are essentially the cultural and historical catalogues of our societies, you’d think that we would be dying to find out what’s in them. And yet, according to several different sources, we aren’t!

The Ticker’s Leanna Bornkamp noted that, “Americans between the ages of 18 and 44 are visiting museums at a rate declining more dramatically than their older counterparts.” And The New York Times’ Patricia Cohen wrote that in regards to museum and gallery attendance, “Ten years ago more than one in four Americans passed through their doors; now the figure is closer to one in five.”

Interestingly enough, the American Alliance of Museums released a contradicting report, stating that, “for four straight years (2009-2012), increasing numbers of Americans have turned to the nation’s museums for education, entertainment and enlightenment in the shadow of persistent economic uncertainties.”

But if we are, in-fact, visiting museums less frequently than we used to, we should probably examine why that is.

Throughout history, information has never been more instantaneously available as it is today. If we want to see an ancient sculpture, learn about its significance, and/or place it in some kind of societal or political context, we can simply go online and Google it.  Furthermore, if we consider the fact that mainstream educational programming – via the Science, History and National Geographic channels – allows us to take virtual adventures across time and space from the comfort of our homes, our declining physical attendance to museums seems perfectly explainable. Once you bring in educational social media networks, it's a wonder we go to museums in person at all. Finally, if we also think about how much time we already spend indoors, when it comes to recreation, we may simply prefer being outside.

We should, however, consider visiting the long hallways of these incredible institutions more regularly. Learning about dinosaurs online is, of course, different from standing next to their actual skeletons, and seeing a digital reproduction of The Mona Lisa is not the same as viewing the original work with our own eyes. When we see the works/specimens/collectables in person, we learn to deeper appreciate our own creative potential – perhaps it’s time we venture back.

When we start to wonder why we even go to museums in the first place (admittedly, museums don't always have a fun, modern, exciting vibe), we liken them to concerts. The public might not go to a concert because they can download songs right from the internet or stream them from any of the many online radio channels. However, concert attendance is up 30% from 2012 to 2013. So what about museums?

Museums are not dying out, despite what statistics might indicate. The rise of interactive media, including social networks, are lending a new kind of image to the tried and true museums. Kids free days, discount programs, real-life interactive exhibits, special events, and more are making museums of the future a place people want to be. Let's hope the attendance of the future follows through. 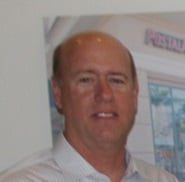 By Steve Goble, VP of Marketing Communications for Navis Pack & Ship. When he's not spilling packing and shipping secrets, he's spending time with his family at a San Diego Padres or Chargers game. Connect with Steve on Google+ and LinkedIn.

Get a Shipping Quote 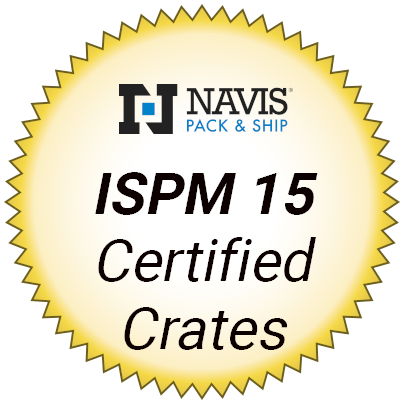